Losing Weight For The Last Time

1. What is Cognitive Behavioral Therapy (CBT)?

What is Cognitive Behavioral Therapy? 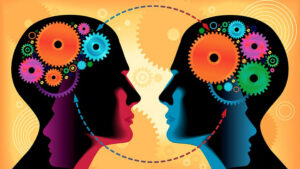 Cognitive behavioral therapy (CBT) is a form of psychological treatment that has been shown to be effective for a range of problems including depression, anxiety disorders, alcohol and drug use problems, marital problems, eating disorders, and severe mental illness. Numerous research studies suggest that CBT leads to significant improvement in functioning and quality of life. In many studies, CBT has been demonstrated to be as effective as, or more effective than, other forms of psychological therapy or psychiatric medications.

It is important to emphasize that advances in CBT have been made on the basis of both research and clinical practice. Indeed, CBT is an approach for which there is ample scientific evidence that the methods that have been developed actually produce change. In this manner, CBT differs from many other forms of psychological treatment.  It is the belief of Genesis Medical Weight Loss, that CBT is the keystone of weight loss.  It is not the first, or last step, but the one that brings lasting change.  We also believe that it is something that should be practiced throughout the rest of your life.

CBT is based on several core principles, including:

CBT treatment usually involves efforts to change thinking patterns. These strategies might include:

CBT places an emphasis on helping individuals learn to be their own therapists. Through exercises in the session as well as “homework” exercises outside of sessions, patients/clients are helped to develop coping skills, whereby they can learn to change their own thinking, problematic emotions, and behavior.

CBT therapists emphasize what is going on in the person’s current life, rather than what has led up to their difficulties. A certain amount of information about one’s history is needed, but the focus is primarily on moving forward in time to develop more effective ways of coping with life.

What are the key concepts of CBT?
CBT is based on the idea that how we think (cognition), how we feel (emotion) and how we act (behavior) all interact together. Specifically, our thoughts determine our feelings and our behavior. Therefore, negative and unrealistic thoughts can cause us distress and result in problems.

Pretest
Prev
How does CBT apply to weight loss?
Next